Even the most severe ATV’s critics have found it difficult to say hard words about the plays. Whether ‘live’ or filmed they have maintained a very high standard throughout the first year of Commercial Television in this country. Theatre Royal and TV Playhouse were put on film with an eye on the world market for high class television drama. The parade of stars in TV Playhouse has been most impressive. Dame Edith Evans appeared in two plays – The Old Ladies and A Question of Fact – and actors and actresses of the calibre of Eric Portman, Roger Livesey, Barbara Kelly, Bernard Braden, Helen Haye, James Donald and Nora Swinburne have appeared in plays in this series.

These include many which have run successfully in London and, in some instances, on Broadway too. The Old Ladies is a classic of the contemporary stage. Dame Edith Evans created the role of Agatha Payne twenty five years ago and it was very fitting that she should play it again when the drama was televised.

Other well-seasoned theatrical successes which were filmed for television in the TV Playhouse series included, French for Love, Frolic Wind, Quay South and Shaw’s Man of Destiny in which Margaret Leighton took the part of the beautiful stranger who flitted for a brief moment into the life of the young Napoleon.

In contrast to these well-tried dramas there have been plays in the series especially written for television. Outstanding among these was The Last Reunion, starring Eric Portman. It was a new idea to present on the stage a reunion dinner for the crew of a wartime bomber that had crashed – a reunion for a party of ghosts. Another piece of original television was the telefilmed drama, The Concert, in which the Bradens proved themselves once again to be a wonderful team. The particular ‘gimmick’ of this play is the fact that the hero is not seen until the last few seconds, and it is in that one glimpse that the terrific impact of the clever plot about a blind woman and a coloured man is driven home.

Plays in the Theatre Royal series run for only half an hour each, and to tell a worth-while story within that restricted framework requires the greatest ingenuity. Writers regard these half hour teleplays as the pictorial equivalent of the short story in literature, demanding the same techniques of presentation. There is not time in these brief dramas to dissect character or probe complex relationships as there is in the full length play. A situation has to be arrived at quickly, and a denouement effected with equal speed. Yet it is amazing to see how often this has been successfully achieved.

It was inevitable that for some of these subjects the producers should turn to classic short stories from the past like The Stocking, by D. H. Lawrence; The Door, by Robert Louis Stevenson; The Death Trap, by Guy de Maupassant.

An excerpt from Charles Dickens’ Pickwick Papers furnished material for one of the most successful of the half hour teleplays. Donald Wolfit provided viewers with a superb piece of characterization with his interpretation of Sergeant Buzfuz in the Court Scene, ‘Bardell versus Pickwick’.

Other notable successes in the Theatre Royal series included Eric Portman in Mr. Betts Runs Away, a neat story based on the theory of predestination; Wendy Hiller in The Game and the Onlooker, in which a middle-aged woman’s marriage hopes are ruined by the suspicions of a malicious spinster; and The Great Healer, in which the inimitable Dora Bryan played a robust Cockney who turns up at the Golden Wedding anniversary of the man she was once engaged to. This distinguished series of taut, well-edited playlets is also being viewed by TV audiences in America where they are presented by Lilli Palmer who introduces each play to the viewers in a programme called Lilli Palmer Presents.

Live drama came to the forefront on Channels 8 and 9 when Hugh Beaumont joined Associated TeleVision as drama adviser. Mr. Beaumont is a director of H. M. Tennents who manage many of London’s theatres, and it followed that he should bring to the television screen play-successes from the West End, together with the casts who made these successes.

The first of these ninety-minute ‘live’ transmissions was a very distinguished one, although its cultural content was rather more than a lot of viewers were prepared to absorb. The play was a shortened form of Hamlet, and the players, those who had just returned from showing it to the theatre-goers of Moscow. Paul Schofield as Hamlet; Alec Clunes as the King; Diana Wynyard as the Queen; Mary Ure as Ophelia; and Ernest Thesiger as Polonius were the principal performers.

This set a high standard for the programme’s sponsors to follow, and they did so with a varied list of plays which included Graham Greene’s, The Living Room, starring Dorothy Tutin; Ronald Shiner in the great success, Seagulls Over Sorrento; and the comedienne, Yvonne Arnaud, in Dear Charles. These and other plays in the series still had the West End ‘feel’ about them, for they were either currently running in London or had been until quite recently. This was truly ‘live’ television, giving viewers the impression of a visit to a London theatre, though in fact these transmissions came from the stage of the old Wood Green Empire, now a television studio. 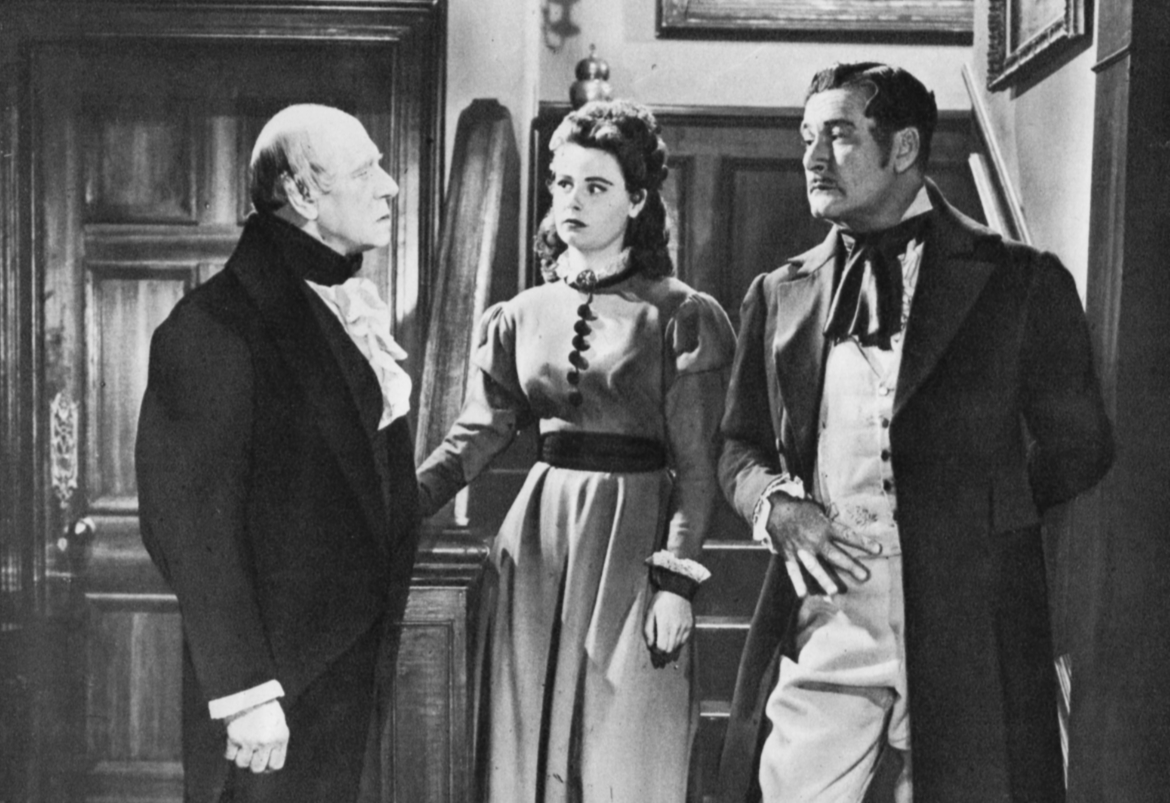 Commercial Television is certainly making full use of the talent of the British Theatre in its drama offerings. And, provided the standard remains as high as it now is, it matters not whether the drama comes to us ‘live’ or filmed. The Play is the thing!