a T.V. series that has helped to conquer a fear of hospitals

Anyone who happens to be in the neighbourhood of Charing Cross Hospital at a certain hour in the morning is likely to meet a bunch of laughing young nurses, coming off night duty, piling into coaches that will take them to the Nurses’ Home at Hampstead.

‘Laughing’ is the operative word, for nurses are by nature gay people. They have to be gay in temperament; it is one of the essential attributes of their very dedicated profession.

Their lot in life brings them into such close association with suffering that they very early learn to temper sympathy with the kind of gaiety that helps to keep both patients and the relatives of the patients in the right frame of mind.

The Editor of Family Doctor, Dr. Harvey Flack, once paid open tribute to the TV series ‘Emergency — Ward 10′ as a feature that has helped millions of viewers to overcome a tendency to look on hospitals with some sort of fear — which is quite unfounded.

In the Casualty Ward of any big hospital there are many human dramas — but always in the background are the doctors and nurses, who amid the many emergencies manage to live their own lives.

Unlike those comedy films Doctor in the House and Doctor at Sea, the TV series ‘Emergency — Ward 10’ has the right approach to hospital work — and cuts out the 100 per cent flippancy.

The team who make the TV series go to enormous trouble to be right in every detail, get the right kind of background information, and make their players, whether doctors or nurses, behave like ordinary people. 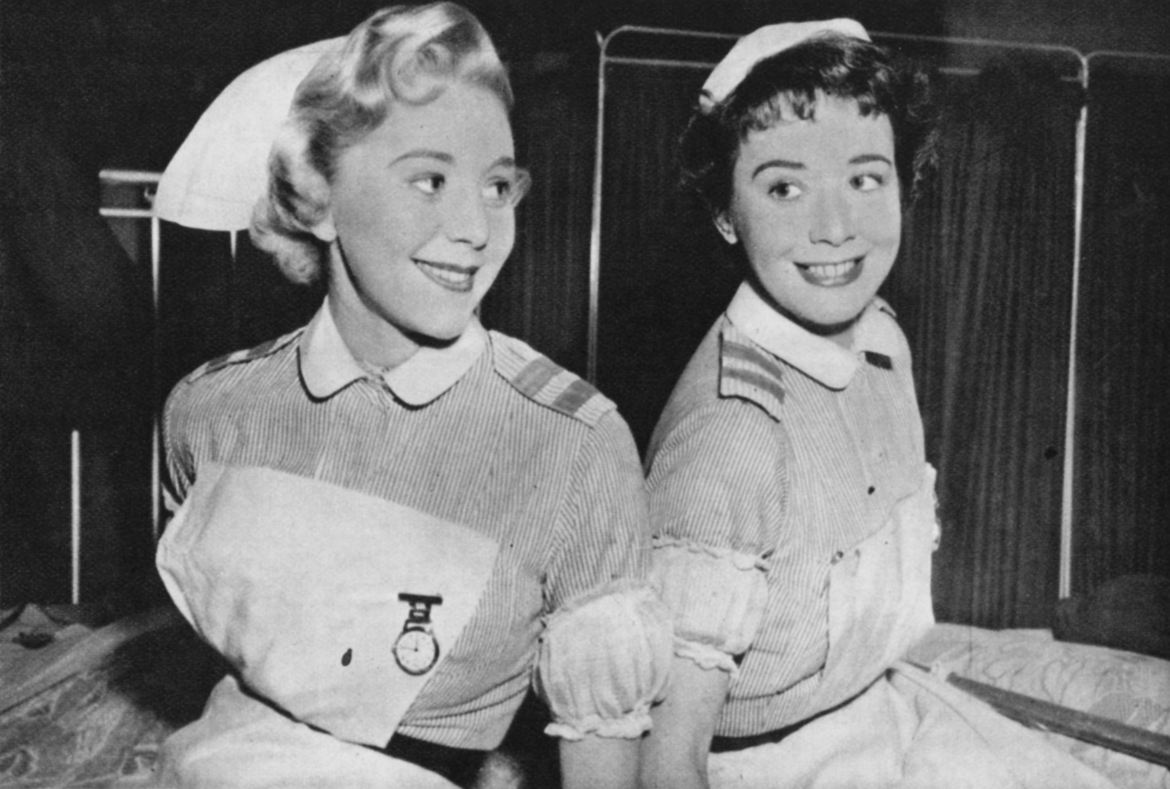 To celebrate the 100th programme of the series, the TV team paid a visit to Charing Cross Hospital, where a rather unnerving thought occurred to Freddie Bartman.

‘I just hope none of the patients mistakes us for the real thing, and expects a correct diagnosis of his — or her — illness!’

Rosemary Miller and Jill Browne, on that occasion, went round the wards, talked with patients, helped with serving the meals from the trolleys, and were accepted by the patients as just part of the hospital service.

That made everybody feel pleased with themselves. It proved that Rosemary and Jill had the right feeling for their jobs in the TV series.

Rosemary Miller’s reaction was that she felt ‘terribly humble,’ and realised for the first time the responsibility of the role she has played, as Nurse Pat Roberts.

Rosemary comes from the Antipodes, and at one time she had the idea of becoming a journalist like her parents before her, but she says ‘the dramatic germ proved stronger.’

She was appearing in local theatres whenever she could, in her early teens.

She studied ballet — and then decided that it held nothing for her, though she admits ‘it helps you to put your feet in the right positions.’

Finally, she came to Britain, which seemed to offer more opportunities for aspiring actresses. But Rosemary made no particular impact on the British theatrical world until she was auditioned for ‘Emergency — Ward 10.’

In the beginning ‘Emergency — Ward 10’ was intended as a twelve-week series, devised by Tessa Diamond.

Its popularity with viewers, who kept writing to the Associated Television Network for more news of it, meant that Tessa had to call in some more scriptwriters to work out more interesting adventures for the doctors and nurses.

The Casualty Department at a real hospital, King’s College Hospital, Denmark Hill, in London, has now become the team’s ‘trade mark,’ recognised by people who live in that part of London.

It does not mean that stories thought up by Tessa Diamond and her writing colleagues happen there. It just is a good place for taking authentic exterior pictures and good real-life shots of ambulances arriving in a hurry. These are later woven into the ‘fictitious’ parts, lending them a touch of realism.

Among the doctors in the series there is a gaggle of cheery characters: Glyn Owen, Frederick Bartman and Charles Tingwell.

Glyn comes from Carnarvon, where his Dad was a policeman. Following in Dad’s footsteps, he pounded the beat in London, joined the Flying Squad, and for four years ‘covered’ the West End of London.

But when he wasn’t pounding the beat he was treading the boards, working in his spare time with an amateur theatre group.

By hook and by crook, he managed to get himself jobs in the professional TV mediums — in ‘The Trollenberg Terror,’ and in the French Resistance series ‘Secret Mission.’

Frederick Bartman, Dr. Simon Forrester to viewers, suffers from being naturally short-sighted. During transmission, however, he removes his spectacles and trusts to luck that he won’t bump into anyone or anything on set!

Freddie was brought up in Vienna, where his parents worked. He had no theatrical background. He just wanted to act, and when he got to Britain, it was ‘Emergency — Ward 10’ that provided him with the money to pay for his digs.

‘Emergency — Ward 10,’ however, is not his only contract. He also works for various broadcasting networks, as a German announcer on overseas programmes.

One thing he has learned from his appearances in ‘Emergency — Ward 10’ is that ‘hospital is not nearly as terrifying a place as I once thought.’ 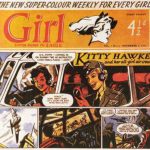 Best selling music of the 1950s in the UK