I, for one, would listen to Mr. Harding — at any given moment on any given subject — practically indefinitely. He is an excellent host, brilliant conversationalist, hideous opponent and — in a way — a poet. At once a phenomenon and a horror-child of the entertainment world.

His views on particular subjects at this particular moment are as follows. Do you agree with any of them at all? If not, do you think you would be prepared to argue the toss — to his face? And maintain your objections under fire from that alert legal brain, or charming humorous coercion? (And not knowing which you’ll get!)

I gave up. Being too entertained, stimulated and generally bemused, I just went on asking questions. Mr. Harding, in a sunny mood, went on answering. I enjoyed myself vastly. Mr. Harding got exceedingly hot. We parted good friends — he liked my hat.

Public Figures. I admire some — envy others — and pity most. Dislike (for no particular reason) popular clergymen and evangelists. I hate people who pretend to pedal salvation.

Books. I like all books. Read practically everything except what I’ve outgrown. But the more I read modern novels, the more I find I go back to Jane Austen and biographies, histories, and books on travel — but I go on reading them.

Poetry. Oh yes. I’m very fond of poetry. And am firmly convinced it should be read aloud. Even by yourself. Apart from the steady romantics, Keats, Shelley, Tennyson, Byron, I’m extremely fond of the poetry of John Betjeman and John Pudney, and of Dylan Thomas and Louis MacNeice.

Paintings. Hmmm. Very partial to paintings. One of the few ways in which I have grown up is that I now tend to buy new ones rather than reproductions of old ones. I never say a painting’s bad — but sometimes that I can’t understand it. (I loathe formal “coloured photograph” painting and am unable to appreciate modern portrait painting, over which most people enthuse — but I put that down to lack of information.)

Sculpture. Same goes for that. And without understanding why at all, I’m very addicted to the works of Henry Moore — they fascinate me.

Dress. Don’t mind as long as it’s colourful and attractive. I’m talking of women’s dress. I’ve a great dislike of trousers and “cloths” worn round the head; can’t bear them. Men? Wish they would be more colourful and less conservative, but suppose it’s too late to worry about that.

Manners. My own are so bad that I dislike having to put up with the bad manners of others.

Newspapers. Read them all, with very few exceptions. I think, in general, the so-called “popular press” displays an unpleasant and quite often unhealthy curiosity about what can’t possibly concern it or anyone else.

Social Occasions. I detest all kinds of parties, especially the all-too-common kind of so-called cocktail party. To which too many people go, and make too much noise in too little space and drink far too much far too quickly, or what’s not worth drinking anyway. I can’t understand why it is that people aren’t content to spend an occasional evening at home with a few friends, instead of acquiring a headache in an hour and a half in a room full of strangers.

Houses. All I ask of a house is that it should be comfortable, have more than one water-closet, and that the plumbing should be intelligent. Oh — and a gas cooker.

Food. Like all food. Hot or cold. Not luke-warm. I like my own plain cooking and other people’s fancy cooking. I’m a very good cook.

Drink. Like all drink. I will drink anything provided there’s enough. But I find myself drawn particularly to the light wines of the Moselle, and in an extravagant mood, to the vintage Clarets and big Burgundies. I’m also a devotee of — though not an expert on — port.

Dancing. I’m just old enough to remember the time when one could enjoy dancing very much — really enjoy it. When there was grace and movement in the exercise, and one could waltz and foxtrot to rhythmic music with room to move around. Now, the sight of more and more people crushing and shaking about almost stuck together by their own sweat on a floor the size of a postage-stamp makes me wonder if we don’t deserve the atom bomb. 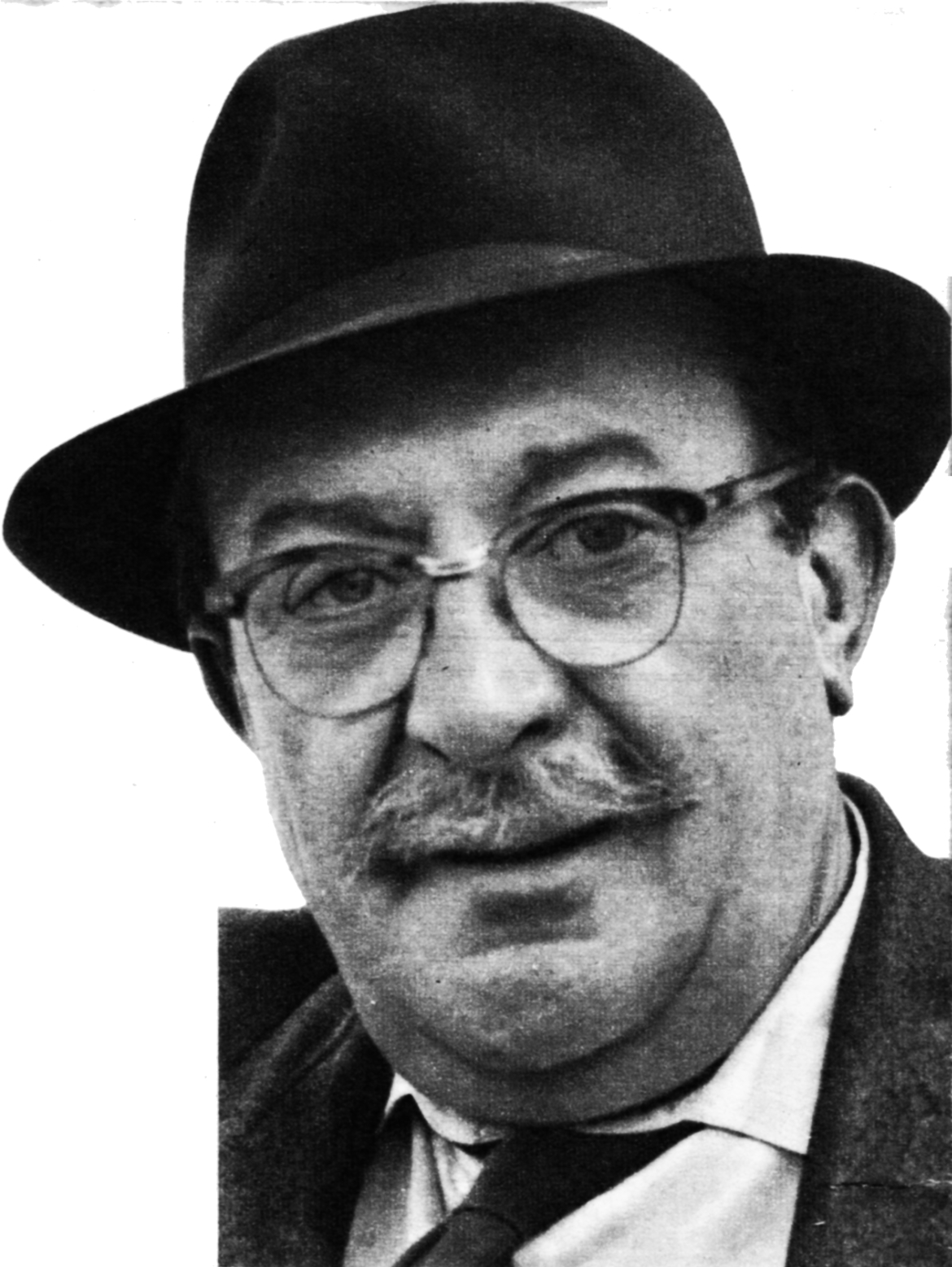 Laws. My blood-pressure rises several degrees when I think of the licensing laws (which I consider iniquitous) and the Lord’s Day Observance Act. Nor do I understand why I should not be allowed to buy a piece of cheese, without buying a packet of cheese, after certain times of night. Ridiculous nonsense!

The Theatre. I like to hear what people say without difficulty. I’m not deaf, but they won’t speak up. I regret that the plays of Mr. Christopher Fry don’t appeal to me — they drive me barmy. But I happen to be erratic and low-brow. I long to see the time coming when a long-suffering and high-paying public will rebel against paying for programmes, and against the hours and inefficiencies of the bar arrangements.

Films. I just don’t understand how people can make some modern Certificate A films like Prince Valiant; and I find it even more difficult to understand why anybody goes to see them. I really like French films. And I adored Henry V and still regret the death of Raimu.

Restaurants. They depend on mood, don’t they? I like the splendid or the obscure kind — all I ask is that they should be honest. Was it Swinburne or Gladstone who said: “I loathe luxury but adore splendour”?

Sport. Not much interested. I dislike cricket very much but enjoy going to Lord’s if someone’s got a box — I don’t mind watching in comfort. But can’t imagine why anyone wants to run a mile faster than anyone else—or swim the Channel — or climb mountains (when they’ve only got to come down again). I admire athletic men though. Healthy, decent chaps.

Do You Do The Football Pools? When I do, I hope I shall be locked up by my friends in a loony-bin.

Architecture. I dislike — loathe — Regent Street. It’s just the sort of architecture I detest — and Piccadilly Circus. Whereas I like Carlton House Terrace and Regent’s Park, and all Queen Anne things.

Sense of Humour. I’m amused by slapstick comedy, and subtle dry humour — as long as it’s not over my head. I dislike very much: jokes about deafness or deformity of any kind, physical or sexual, and jokes about mothers-in-law. And have a violent hatred of jokes at the expense of racial or religious minorities.

Prejudices. I hate all prejudices, including my own, which are violent and unreasonable. Loathe people who, because their skin is a different colour, or their nose a different shape, or their creed a different melody — think they’re better than anyone else.

Faces. The only face I’ve really detested was that of Himmler. I abhorred it on sight without knowing whose it was. And I have never seen anything so repulsive before or since.

Ambitions. I envy carpenters and bargees. And should like to have been a lawyer, barrister. Cardinal, happily married man with a family, actor, steeplejack… oh, so many many things.

World Affairs. No views. They puzzle me and fill me with despair.

Progress. Don’t know anything about it. When I think about our modern international misunderstandings, I don’t think about progress, but go back to Shakespeare’s Julius Caesar and deliberately misquote: “Judgment, thou art fled to brutish beasts and words have lost their meaning.”

Heroes. I’ve changed so often… As a boy there was Buffalo Bill, Sexton Blake. Sherlock Holmes, Rupert of Hentzau… and so on. I NEVER wanted to be Oliver Cromwell, OR George Washington. I really don’t know which of them was the worse.

Heroines. Ah yes, now I feel very strongly about heroines, and have many of them; amongst them, if I may say so, Queen Elizabeth the Queen Mother. My first was Kate Barlass (the Scottish woman who used her arm as a doorbolt), then there was Florence Nightingale (in spite of Lytton Strachey). Mrs. Pankhurst — a wonderful woman. The Empress Theodora (Justinian’s wife). She was a tart, and an actress, then a mistress, then became Mrs. Justinian and an Empress — she didn’t do too badly one way and another. Lastly, Marlene Dietrich is an idol of mine.

Unfavourite People. Edith Summerskill. And Queen Elizabeth I. I can just tolerate Bunyan because of one line: “The trumpet sounded for him on the other side.”

Taboos. The noise of other people’s wireless sets. Litter. Lipstick stains on cigarettes and cups. People who comb their hair in public. People who talk with cigarettes or pipes in their mouths. Parents who quarrel in front of their children. Beetroot in salad. Sugar-tongs. Refinement. Cruelty.

Tastes. I like everything else. It’s all been said far better than I can put it — by Rupert Brooke: “I love all beauteous things, I seek and adore them” — and that includes babies, “dear old things,” and everything in between.

Well — if you are prepared to battle with him I admire your courage, deplore your decision, and refuse to pick up the pieces afterwards. It is only fair to warn you, however, that the most formidable weapon wielded by this magnificent and monumental outrage (excuse me Mr. Harding) is a baffling sincerity when you least expect it. May I wish you a happy and unbloody death.

For myself, I prefer “for no particular reason” not to enter the lists. Believing that “vintage Harding” to be savoured and relished, but not disputed. It’s delicious! as Mr. Harben would say.

SO. MR. HARDING, I AM YOUR MOST NON-COMBATANT “FAN.” 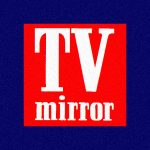 Elizabeth Gray was a writer and interviewer for TV Mirror